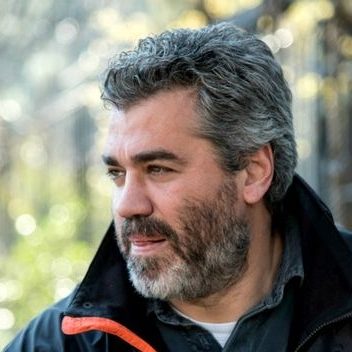 EXPERIENCE AS A COACH

EXPERIENCE AS A PLAYER

Basketball player started in OLYMPIAKOS PIRAEUS from 1981 to 1997.
Played for one year in PAPAGOS Basketball club 1990- 1991. Champion in this League A2 Division.
With OLYMPIAKOS basketball club won 5 championships of Greek A1 division:1993,1994,1995,1996,1997 and 2 Greek cups:1994,1997.
Played in 3 European champions final fours:1994 TELAVIV ISRAEL (second place),1995 SARAGOSA SPAIN (second place),1997 ROME ITALY (first place,European champion).
Played in the final of 1998 European Cup in Belgrade with STEFANEL MILANO vs Zalgiris and in the final of 2006 ULEB CUP in Charleroi Belgium with ARIS THESALONIKI vs Dinamo Moscow.
Played 190 times with the GREEK National Team in 6 EUROBASKETS (1993,1995,1997,1999,2001,2003), 2 WOPLD CHAMPIONSHIPS (1994,1998) and also in the Centenial OLYMPIC GAMES ATLANTA 1996.
Won silver medal with the Greek National Team under 21 in Eurobasket of Athens 1992.
Has been awarded as MVP of the Greek League 1995-1996 and the best European defencive player in 1994, as also elected in to the best pentad of European champions
final four in Tel-Aviv.
Was member of the European Selection for the game against Macabi Tel-Aviv in honour of the player Mickie Bercovits.
Finished his career in summer of 2007

President of the Hellenic Association of Olympic Winners from 2007 until end of 2012.
Ex Vice President of the Olympic Complex of “Agios Kosmas” at 2007-2009.
Present his own tv show <<EUROLEGAUE BASKETBALL>> 2007-2008 on <<SKAI>> national tv channel
Ex Consultant of the Greek Ministry of Sports 2008- 2009
President of the Organization for Culture,Athletics and Youth in the city of PIREAUS,(elected in 2010 citys election).
Honored herald volunteerism of 2011 Special Olympics in Athens Greece
Cordinator Director of <<PIECE and FRIENDSHIP>>stadium from 11/2012 to 6/2015
Co founder of “qob.gr” ‘quality of balance’, Quality of Balance is a leading company specializing in events planning, program building and strategic orientation 2017.